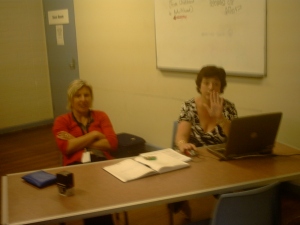 above is a photograph of tanya plizerebek working for the dept of housing
with a connected to the internet, lap top and mobile phone, whilst seated
behind a desk in supposid readines to serve the public. Or so one might think.
In actuallity, upon my informing her re a housing matter, instead of her
entering the details on to her lap top and providing me with a job number,
I was instructed to use the foyer phone, explain the job to the person on the other end, obtain the pertinant job number and provide it to tanya, which i did and
i observed her enter the number i obtained from the foyer phone into her lap top.

Similarly today we see her 2nd in charge of the labour party, doin her job
in every way she can to oppose the government, not actually help run the
country effectively and efficiently, as is her sworn oath, mission statement
and mandate, But , no no no, socialists love spending other peoples monies
especially when it comes to their wages and retirement packages, These
tory labourites spent your childrens future fund on stuff like hollidays,
gold plated coffee machines ( for local councils also) Mr thompson and his
actions, mr obeid , mr slipper and the other rats that left the sinking ship,
the cash to Mr gates and for the temporary seat at the UN and im sure there is more ive not mentioned.

Will any politican pay back any part of the bill theyve racked up for and on
behalf of the taxpayer?, No no no thats not the socialist way, you pay whilslt you
scratch in the dirt whislt they live, travel the world and enjoy their lurks and perks of office.

When it comes to things like weights and measures legislation they say
whats that ???? So they can ignore the law? public servants, Police, courts and
media personell.

http://www.forbesadvocate.com.au/story/1982732/water-rate-concerns/?cs=719
“I’m just upset about paying three times more than what Housing NSW are being charged themselves.”

While the Forbes Shire Council set the water rates for the town, they charge Housing NSW who in turn bill their tenants 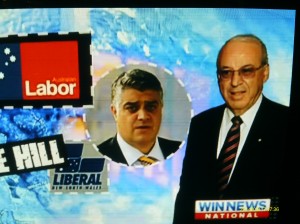 The businessman’s company also donated $67,637 to the Liberal and National Parties from 2008 to 2011 as it sought to resolve a contract dispute with Sydney Water despite Treasury advice saying it had “net assets worth $36”.
ICAC, which will begin hearings into Australian Water Holdings on Monday, announced it would broaden its inquiries to look at Mr Di Girolamo’s salary and that of other AWH executives.
Mr Di Girolamo was eventually forced out of the company in April 2013 with “a token payment” after he had the firm take a $5 million loan from four business people and was unable to pay it back,

Senator Sinodinos, who is due to give evidence to the ICAC next week, was paid $200,000 plus bonuses for “a couple of weeks’ work’’ for serving as an AWH director.

Senator Sinodinos last week stepped aside as assistant treasurer pending the outcome of the ICAC hearing. He has denied wrongdoing.